Helping you get your head around eye health

At EyeQ Optometrists, we are proud to bring you the very best clinical eyecare available. We diagnose and treat all kinds of eye health issues and take the time to explain any eye conditions you may have, as well as treatment options available to you.

Most Australians1 (76%) say vision is their most important sense however we also know that more than a third (35%) do not undertake regular eye examinations.
Routine eye tests can help uncover both eye health issues as well as broader issues around general health.

If you have noticed any changes to your eyesight, have a family history of eye disease or are simply due for an eye test, please make an appointment to see your local optometrist.

Amblyopia is a neuro-developmental condition in which vision does not develop adequately in one eye. Amblyopia may be caused by any condition that affects normal visual development or use of the eyes including an eye turn, uncorrected refractive error, or ocular pathology which blocks light from reaching the retina such as a cataract. In each of these cases, the brain chooses to ignore the image produced by the affected eye (known as suppression), which inhibits the growth and development of the nerve fibers of the affected eye. Most children adapt well to seeing through one eye, so many parents are unaware that the child has a problem and the condition often goes undiagnosed. All children are recommended to have a thorough eye examination before they start school.

Cataract is a condition which causes clouding of the clear lens in the eye and is one of the leading causes of vision impairment. Cataracts can be congenital yet more commonly occur with age as the focusing lens in the eye becomes progressively less clear, disrupting the flow of light through the eye and onto the retina. Cataracts are generally slowly progressive but certain types of cataracts can progress more quickly. Common symptoms of cataract include blurred vision, sensitivity to glare and distorted or double vision.

CVDs are almost always inherited in an X-linked recessive pattern, although they can be acquired as a result of particular diseases and injuries. Males are affected by X-linked recessive disorders much more frequently than females since males have only one X chromosome and females have two, both X chromosomes on a female would have to have a genetic change in order to cause the disorder.

Diabetic retinopathy is a complication of diabetes where the tiny blood vessels in the retina at the back of the eye become damaged and begin to leak blood and other fluids, which can lead to vision loss.

Early signs of diabetic retinopathy include small haemorrhages and microaneurysms appearing in the retina. In later stages, excessive microvascular leakage can cause swelling at the macular (the region of the retina responsible for all detailed central vision).

Dry eye is a common condition, which affects one in four people worldwide and is more likely to occur in women and the elderly. Symptoms of dry eye include burning, scratching, irritation, redness and watering of the eye, as well as blurred vision. Although dry eye is generally not a sight-threatening condition, it can cause significant discomfort for sufferers. Dry eye can be caused by insufficient tear production from the lacrimal gland or an unstable lipid layer, which is the thin oily layer on the outer most part of the tear film.

Floaters are deposits of natural materials that are present within the eye’s vitreous humour. The vitreous humour is a clear jelly located inside the eye that is attached to the retina. Floaters typically increase in number as we age, however they may also be caused by disease or injury. Floaters are visible because of the shadows they cast on the retina. Common symptoms of floaters include the appearance of spots, threads, fragments or cobwebs, floating slowly in the visual field.

Floaters are generally harmless yet can be associated with retinal holes or tears which can increase the risk of developing a retinal detachment. Anyone who notices the sudden onset of floaters is recommended to have a Dilated Fundus Examination (DFE) performed where eye drops are instilled in the eye to dilate (expand) the pupil. A dilation allows the optometrist to see to the very edge of the retina where retinal holes and tears commonly develop.

Many EyeQ Optometrists practices utilise Optomap ultrawide angle digital retinal imaging. Traditional retinal imaging, only allows 25 degrees of the retina to be captured in a single image. Optomap can capture 82% or 200⁰ of the entire retina, in a single capture. Optomap greatly improves the ability to detect peripheral retinal pathology such as retinal holes and tears.

Glaucoma is an eye condition which is characterised by damage to the optic nerve and retina, causing progressive vision loss. Glaucoma is often, but not always, associated with increased pressure of the fluid in the eye (aqueous humour). Glaucoma has few to no symptoms in the early stages; it is not until the condition is more advanced does the sufferer become aware of vision loss. At EyeQ Optometrists we utilise Optical Coherence Tomography (OCT), a non-invasive imaging test to detect glaucoma. OCT uses light waves to take cross-sectional images of your retina. OCT allows the optometrist to see each of the retina’s distinctive layers, which can be used to map and measure their thickness. The retinal nerve fibre layer thickness measurements help with the diagnosis of glaucoma. Studies have shown that OCT technology can detect glaucomatous damage up to 8 years before vision loss.

Hyperopia, also known as long-sightedness, refers to a refractive condition where the focusing power of the eyeball is too weak in relation to the length of the eye. Hyperopia develops as a result of the visual image being focused behind the retina rather than directly on it.

Hyperopic people must exert extra effort to bring their near vision into sharp, clear focus. Symptoms may include; blurriness when reading, eyestrain, fatigue and or headaches after sustained close work and difficulty adjusting focus. Higher degrees of hyperopia can also affect distance vision especially with increasing age.

Keratoconus is a condition which causes the cornea, the clear window at the front of the eye to become progressively thinner. As a result of this thinning, the normally round shape of the cornea becomes distorted and a cone-like bulge develops, resulting in significant visual impairment. A useful analogy is to compare the shapes of an orange with a pear. The average person has a spherical shaped cornea like an orange whereas a person with keratoconus has a bulge, generally in the lower region of the cornea much like a pear. Keratoconus is typically diagnosed in the patient’s adolescent years and may progress until the patient is in their twenties and thirties.

At EyeQ Optometrist we utilise corneal topography and corneal pachymetry technology to measure the curvature and thickness of the cornea respectively, both of which help confirm the diagnosis of keratoconus. Patients with keratoconus may require rigid gas permeable contact lenses to enhance their vision and those with more advanced forms may require surgery.

The macular is the central part of the retina, the light sensitive tissue at the back of the eye which processes all central visual images. It enables us to read, recognise faces, drive safely and see colours clearly.

Common symptoms of macular degeneration include distorted or blurred vision, the need to use greater amounts of light to read and central vision loss.

At EyeQ Optometrists we utilise Optical Coherence Tomography (OCT), a non-invasive imaging test to detect macular degeneration. OCT uses light waves to take cross-sectional images of your retina. OCT allows the optometrist to see each of the retina’s distinctive layers and pick up early signs of macular degeneration, which can include fatty deposits known as drusen, pigment cell disruption or leaking blood or fluid.

Myopia is also known as short-sightedness and is a refractive condition, which causes blurred distance vision. Myopia develops as a result of the visual image being focused in front of the retina rather than directly on it. Myopia is caused by the eyeball being too long or the focusing power of the eye being too strong.

Symptoms of myopia include squinting, as well as blurred distance vision. This may be more obvious when viewing the television or trying to read signs while driving.

While the exact cause of myopia is unknown, it is believed to be a combination of nature (genetics) and nurture (environment). Repeated near work i.e. reading, computer and device use has been shown to increase the risk of developing myopia.

Presbyopia is a condition that impairs the ability to focus on objects up close. Symptoms of presbyopia are usually noticed in one’s forties and fifties and include eyestrain, difficulty seeing in dim light and problems focusing on small objects and/or fine print. Presbyopia is a normal ageing condition that develops due to hardening of the crystalline lens inside the eye, which is responsible for focusing on near objects.

Pterygium is a wing-shaped growth of vascular tissue which occurs commonly on the nasal side of the conjunctiva, the white part of the eye. Pterygium is most commonly caused by ultraviolet (UV) damage but can be exacerbated by windy and dusty conditions. While many pterygia remain stable over time, some grow onto the cornea (the clear window at the front of the eye) resulting in blurred or distorted vision.

Pterygia can be prevented by wearing sunglasses or protective eyewear particularly in the first two decades of life. 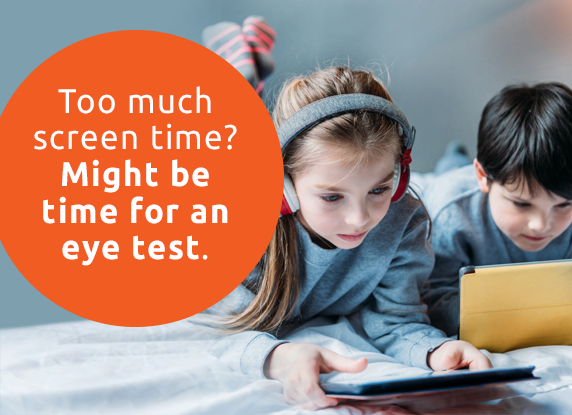 Our contact lens provider Alcon is experiencing delays fulfilling orders due to a cyber-security incident involving their freight partner, Toll Group. These delays are across their entire network of optical retailers in Australia. We apologise for an inconvenience caused and encourage you to contact your local EyeQ practice for any urgent requirements.